Who Should Own My Life Insurance?

The planning considerations of where 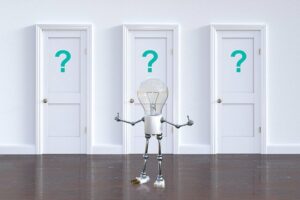 and how to own your life insurance can be varied and sometimes complicated. It is important to remember that who owns the policy, controls the policy.

The owner has the right to name a beneficiary, assign the policy, take cash value loans or even cancel or surrender the policy. The insured does not have to consent to these transactions although there are steps available to require his or her permission when necessary. This article focuses on the main, but not all, issues in determining the ownership of a life insurance policy.

When considering the ownership of a life insurance policy on your life, generally there are three options:

For many Canadians, option #1 is an obvious choice as most do not own a company and wouldn’t have any complex planning considerations to warrant trust ownership. For those, however, that do have a choice, it is important to review the advantages or disadvantages of each. The beneficiary arrangements should be appropriate for the ownership type selected. This is especially true for corporate ownership as the Canadian Revenue Agency may look closely at the ownership/beneficiary structure.

Most life insurance policies are owned by the life insured with a named beneficiary, usually a spouse. A major advantage of naming a beneficiary is that the proceeds at death may be protected against the claims of creditors or litigants. A named beneficiary of the “preferred” class (spouse, parent, child, grandchild) also protects any cash values of the policy from similar claims during the lifetime of the insured. Unless there are compelling reasons for it, do not name your estate as your primary beneficiary. Doing so could expose the insurance proceeds to probate fees as well as potential creditor and legal claims.

There are situations where the ownership of the policy may rest with someone other than the insured. This would include an ex-spouse on a policy to fund matrimonial agreements upon death. It could also be for a blended family situation that a spouse would own coverage on the other spouse to protect his or her children from a previous relationship. Naming a successor owner in these situations is recommended.

If you own a company, you have the choice of having your insurance coverage held in your company. For example, if you are an incorporated professional, you could have your professional corporation own your policy. The same is true if you have a holding company that you own and control. The benefit of doing so is that the dollars used to pay the premiums are “cheaper” for the company than they are for you personally. Life insurance premiums are generally not tax-deductible and are paid with after-tax dollars. If you are paying the premiums out of corporate earned income, dollars taxed corporately at a low rate (11% in B.C. for example) are cheaper than personal dollars taxed at an average rate of 35% or more.

The after-tax cost of the earnings used to pay for the life insurance is a primary reason why corporate ownership is considered for life insurance that otherwise would be required personally. The ability to pay out the death benefit up to the full amount received by the corporation to the surviving spouse or family on a tax-free basis makes this a very attractive option.

There are, however, a few downsides to corporate ownership. The first of these has to do with the calculation of how much of the death benefit received by the corporation can be paid out tax-free out of the Capital Dividend Account (CDA) to the spouse or family member as beneficiaries or surviving shareholders. Depending on when the death occurs, there may be a portion of the death benefit trapped in the corporation and not eligible for CDA payment. In order to pay this amount (which represents the remaining adjusted cost basis of the policy) out of the corporation, an ordinary taxable dividend would have to be declared. This may be considered a small price to pay, however, based on the after-tax cost savings over the years preceding death. Also, if death occurs at normal life expectancy or a short time thereafter, usually all the proceeds are available for a tax-free CDA payment.

Another disadvantage is that, unlike personal ownership with a named preferred beneficiary, the proceeds are not protected from the creditors of the corporation. There are often other factors to consider when considering corporate ownership of life insurance, so it is important to ensure that you receive competent advice in this regard.

Aside from making sure the proceeds of the insurance end up where they are needed the most, if current and future premiums are being paid from personal funds that have already had the taxes paid, then personal ownership may be preferable.

Another scenario is where the policy is owned by someone other than the life insured who wishes a successor owner to be named if he or she predeceases the insured. An example of this would be a single parent who purchases a Whole Life policy on his or her child and needs to have a successor owner until the child reaches the age of 18. Should the owner name a sibling, a subsequent transfer of the policy to the aunt or uncle could create a taxable policy gain. It would also not be creditor proof as a sibling is not a preferred beneficiary. Use of a Trust to hold the policy until the appropriate time for the child to become owner is a way to avoid this.

An important use of a trust, specifically an Irrevocable Life Insurance Trust is for holding life insurance on the life of a U.S. citizen living in Canada. Since the trust is resident in Canada, the life insured should not be subject to any potential U.S. estate taxes upon death.

A planning opportunity exists with a life insurance policy that contains a cash value. The concept behind Shared Ownership is that the individual insured would own and pay for the cash value portion of the policy while the company would own and pay a reasonable cost for the life insurance component. Under this arrangement, the insured would be investing in a tax-deferred life insurance policy while the cost of the insurance is borne by another entity. This increases the internal rate of return on the cash value growth and would be received tax-free by his or her named beneficiary upon death.

Ownership and beneficiary arrangements are very important aspects of life insurance planning. Make sure that you receive the best advice possible in order to achieve the optimum result.

The information provided on this site is solely for general and educational purposes and is based on the perspectives and opinions of the owners and writers. It is provided with the understanding that it may not be relied upon as, nor considered to be, the rendering of tax, legal, accounting, or professional advice. Please consult an appropriate professional regarding your particular circumstances. This site may also contain links to other sites which are not maintained or controlled by us. Access to or use of sites to which links are provided are subject to the terms and conditions of such sites. References to third party goods or services should not be regarded as an endorsement of those goods or services. All information provided is believed to be accurate and reliable, however, we cannot guarantee its accuracy. Commissions, trailing commissions, management fees and expenses all may be associated with mutual fund investments. Please read the prospectus and/or the fund facts before investing. Mutual funds are not guaranteed, their values change frequently, and past performance may not be repeated. Mutual Funds and Segregated Funds provided by the Fund Companies are offered through Worldsource Financial Management Inc., sponsoring mutual fund dealer. Other Products and Services are offered through Little & Davies Insurance and Financial Planning.

This email and any attachments are intended only for the recipient(s) named in this email and may contain personal and/or confidential information. If you have received this email in error, please email the sender immediately, and delete the original email. Dissemination, distribution, or copying of all or any part of this message by anyone other than the intended recipient(s) is not authorized.