Protect your portfolio from however post-COVID reopening might shake out 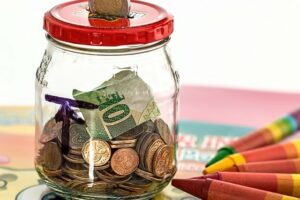 The economy is roaring back at a far stronger rate than most people thought possible just a few months ago.

While a vigorous return to prosperity is obviously a good thing, the sheer power of the recovery is causing economists to worry about the potential for nasty side effects from inflation and rising interest rates.

“If you’re not just a bit worried about real inflation, then you’re not paying attention,” said Douglas Porter, chief economist at BMO Financial Group, in a recent commentary.

That in turn raises the question of whether you need to adjust your portfolio for these emerging risks, although you’re probably in reasonable shape if it’s well diversified.

Already we’re seeing inflation indicators that are stronger than we’ve experienced for awhile, and longer-term interest rates have taken an upward jolt. Last week’s release of U.S. inflation numbers for April caused jaws to drop among economists. The U.S. Consumer Price Index jumped 4.2 per cent on a year-over-year basis, the biggest increase since 2008. Inflation has been rising in Canada too, but so far less dramatically.

But whether these signs of inflation and rising interest rates are cause for alarm or only mild concern hinges on whether the inflationary surge is a temporary one associated with the reopening of the economy or inflation continues to soar and then becomes entrenched.

The strong monetary stimulus — combined with enormous government spending — has fuelled a powerful economic recovery that far exceeds expectations from just a few months ago, despite temporary setbacks from the COVID third wave.

In January, the Bank of Canada Monetary Policy Report had predicted real (inflation-adjusted) growth in gross domestic product this year of four per cent. In April, it raised the forecast to 6.5 per cent.

Meanwhile, long-dormant inflation has started to stir. In January, the same report predicted Consumer Price Index inflation for this year of 1.6 per cent, well below the long-term target of two per cent. But subsequent inflation has exceeded the target, and in April the bank upped its 2021 forecast to 2.3 per cent.

Home price inflation (which isn’t in the CPI) is soaring much higher. The Canadian Real Estate Association Aggregate Composite MLS Home Price Index rose 20.1 per cent higher in March compared to a year earlier, a record increase for data going back to 2005.

Bond markets have bid up longer-term interest rates. Benchmark 10-year Government of Canada bonds yielded 1.55 per cent as of early Friday afternoon, which is approximately the level they were at just before the pandemic. Medium-term government bonds in the five-year range have also risen but not as strongly, while short-term interest rates remain anchored for now at ultra-low levels. (It is typical in recoveries for longer-term rates to recover more quickly than short-term rates.)

These days central banks have a dual role of stimulating the economy in hard times while also containing inflation. They work to suppress interest rates through setting a benchmark short-term “policy” rate, and through large-scale bond-buying programs known as “Quantitative Easing.”

After inflation concerns started to emerge, the Bank of Canada modestly pared its stimulative policies in April, while the U.S. Federal Reserve has so far stuck with a full-throttle stimulus approach set early in the pandemic.

Central banks face a dilemma of trying to stimulate recovery in sectors hard-hit by the pandemic — where there is still unemployment and unused capacity — while the rest of the economy is booming.

Stock markets haven’t been overly bothered so far by recent inflation and modest interest-rate rises, although there have been brief reactions whenever inflation concerns hit the financial headlines.

Recent rises in longer-term interest rates have caused modest capital losses in bond funds. “After long periods of falling yields, the March statements may have come as a bit of a surprise for many folks,” says Dan Hallett, vice-president of research at HighView Financial Group, an investment counsel firm. On the other hand, “immediately you start to benefit from higher yields, although they’re still pretty low.”

Looking forward, economists are assessing the relative likelihoods of two possible scenarios as to how inflation plays out.

Under a benign turn of events, the inflation we’re seeing turns out to be temporary as the economy reopens, and then subsequently fades without doing much damage. Interest rates might rise gradually and moderately, as often happens in a recovery, but not to the extent of hurting economic growth. This is the scenario that central bankers are counting on.

But a more negative scenario is also possible. Inflation might continue to soar and then become entrenched in expectations, which eventually might force a tougher response from central banks. Then a heavier monetary hand could cause much bigger and more damaging interest-rate increases.

Most economists probably consider an outcome close to the benign scenario as more likely, but the darker alternative can’t be ruled out. “While we suspect that inflation will moderate somewhat later this year and into 2022, it’s quite clear that the risks are all to the high side,” said Porter, of BMO Financial Group, adding “when you run things hot, you risk getting burned.”

The first thing to appreciate is that consensus expectations for future interest rates and inflation are already largely reflected in market prices. “The markets have been so quick to price in the reopening of the economy,” says Roger Aliaga-Diaz, Vanguard Americas chief economist. “In looking forward, you have to ask how much is already priced in.”

Your best protection is a well-diversified portfolio rather than trying to act on a particular forecast. That way, you end up in reasonably good shape no matter what happens.

“The whole idea of designing a portfolio isn’t to take advantage of one or two particular outcomes,” says Hallett. “You’re not betting just on inflation staying low, or the Canadian dollar going in one direction or another. If you were pretty well diversified before, there’s probably not a lot of big changes that would be needed.”

In designing your portfolio, you need to find the right balance between stocks and bonds, which are classic complements (though it’s true that over short periods, a big increase in inflation and interest rates can do damage to both).

That said, “over long time horizons, equities historically have provided the strongest safeguard against inflation,” said Aliaga-Diaz in a recent commentary. Stocks should do reasonably well over long periods if there is some sustained inflation and higher interest rates provided the economy is reasonably healthy.

On the other hand, bond prices will undoubtedly suffer during a period of rising interest rates that could be associated with inflation. However, as bond prices reach lower levels, they start to generate greater yields that add up over time. And investment-grade bonds offer solid protection if the economy hits a slowdown or recession, when stocks typically suffer. That’s also when a new round of interest-rate declines might be triggered, which would bolster bond prices.